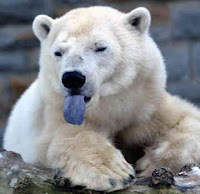 Russia is up to not believing the USA rhetoric:

Russian President Dmitry Medvedev on Tuesday during a Defense Ministry meeting claimed that NATO is continuing its attempts to broaden its military infrastructure towards Russia’s borders. Russia does not like the candy coated actions that have no meaning. NATO will not learn…

Russia is telling Europe that we have our own gas project to supply you with gas:

Gazprom has received an invitation to join the Nabucco pipeline project to pump gas from Central Asia to Europe, but will not take up the offer, a deputy head of Russia’s energy giant said. “Yes we said – NO!”

That killed the Nabucco pipeline:

The Nabucco gas pipeline project to pump natural gas from Central Asia to Europe bypassing Russia has been removed from a European Union list of priority projects, a source in the EU Council of Ministers said on Tuesday. (Oy)

Russia has been sending huge amounts of aid to Afghanistan and now to Tajikistan:

Russia will send three airplanes with humanitarian aid , including food, blankets, tents, and electric generators, a spokeswoman for the Federal Agency for State Reserves said on Tuesday.Seems server weather has destroyed much of the country energy network.

A Russian emergencies ministry plane has arrived in Moscow carrying 14 Russian tourists who were injured in a Vietnamese bus crash that left nine Russians dead, a senior health official said on Tuesday. Very similar to the crash last year in Israel. (A tour bus)

That was not good, Russians are going to have to watch out for these cheap tour bus excursions.

Last but not least the changing of the attitudes that I see in Russia and the world. At one time the world had this starry eyed out look about America, a Hollywood rose colored glasses vision! That has changed and now the world has more realism in their outlook.

Just another day in Russia…