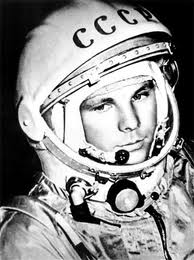 The first manned space flight remains a landmark for humankind, he said in an interview with China Central Television CCTV.

“I believe it was a truly revolutionary event, a highly symbolic one,” Medvedev said. “It was a tremendous achievement of Soviet cosmonautics, which divided the world into ‘before’ and ‘after the flight,’ what has been termed the ‘space era.'”

“I am proud of the fact that it was my country that made this first step,” he said.

On the subject of future space programs, Medvedev said although they have become less idealistic and more pragmatic, the Russian space dream lives on.

“We still cherish a hope, however, that sometime we will be able to conquer other planets, other stellar systems.”

“I don’t know how soon we will be able to achieve that, but I think that mankind will always try to follow these two approaches simultaneously – on the one hand, the dream of exploring outer space, and, on the other hand, a truly pragmatic approach to outer space, which may bring both scientific and practical benefits.”