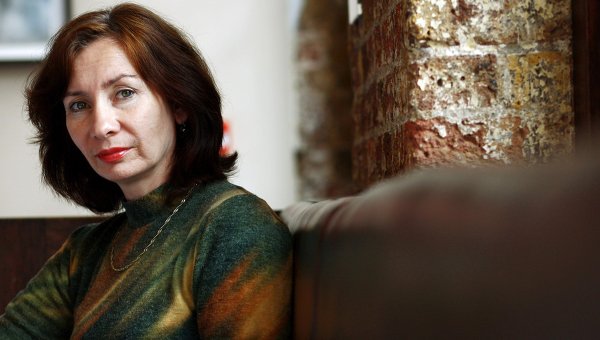 One year after the brutal murder of human rights activist Natalya Estemirova, Amnesty International urged Russia to show political will in investigating her death.

Estemirova, a leading researcher for the Memorial human rights group in Chechnya, was abducted outside her home in Grozny, Chechnya’s capital, on July 15, 2009, and found shot dead in the neighboring republic of Ingushetia later the same day. In February 2010 investigators said they had identified the suspect, but no arrests were made so far.

“Despite official declarations, the authorities have yet to ensure that the investigation into the murder of Natalia Estemirova is timely, effective and impartial and that it can establish the truth beyond any doubt,” said Nicola Duckworth, Amnesty International’s Europe and Central Asia Program Director.

“Anything less raises concerns that there is no political will to identify the perpetrators and bring them to justice,” she said.

Amnesty International said the Russian authorities should “send a clear message” that frequent attacks on independent journalists and human rights activists in Russia will be dealt with harshly.

“President Medvedev and Prime Minister Putin should make the investigation into the murder of Natalia Estemirova and her colleagues a high priority. This will send a clear message that attacks against human rights defenders, independent lawyers or journalist will not be tolerated,” Duckworth said.

Chechen President Ramzan Kadyrov, who had called Natalia Estemirova, a “woman without honor and shame,” said recently during a televised interview that journalists and Memorial activists who criticize his policies are well-paid by the West and are “enemies of the people, enemies of the law, enemies of the state.”

The head of Memorial, Oleg Orlov, said the group could close its branch in Chechnya as Kadyrov’s statement might be interpreted by the republic’s security forces as a call to action against human rights activists.

Human rights activists working in the Chechen Republic are not at risk and nothing threatens their life, the Chechen President Ramzan Kadyrov said on Sunday.

On Friday, the Parliamentary Assembly of the Council of Europe voiced concerns about “barely disguised threats” made by Chechnya’s president against the staff of Russia’s Memorial human rights group.

The head of Memorial, Oleg Orlov, said the group could close its branch in Chechnya as Kadyrov’s statement might be interpreted by the republic’s security forces as a call to action against human rights activists.

Kadyrov said he is amazed by rights activists’ regular statements saying that there is a threat to their life in Chechnya. “I believe this is an artificial problem. Nobody in Chechnya endangers their life,” he added.

Kadyrov emphasized he had abandoned his claim against Orlov at the beginning of the year and also denied information about new lawsuits against Memorial.

Lots of nongovernmental organizations work in the republic, Kadyrov said. “Their employees collect information about everything that happens in Chechnya and pass it to media and foreign centers.” He said nobody throws obstacles in rights activists’ ways.

The Chechen president appealed to his dramatic backgrounds. “I’ve lost my most loved ones at the struggle with terrorism and illegal armed bands that… kidnapped journalists, and human rights activists.”

Kadyrov is already ranked among the world’s worst “predators” of freedom by the Reporters Without Borders (RSF) journalist organization.