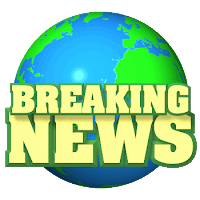 Russia News: The U.S. senate is planning to consider the creation

Russia News: Russia’s coach, Guus Hiddink, has earned his first victory with Chelsea in the UEFA Champions League. The blues beat the Italian team, Juventus, 1-0 at Stamford bridge in the last 32 of the competition.

Russia News: Barack Obama can only serve eight years, though all missile defense shield technology problems won’t be worked out by that time, according to Lawrence Korb, a defense expert from the Center for American Progress.

Russia News: A 35-old man has committed a ritual suicide in one of the Orthodox monasteries in Odessa, Ukraine. Some believers call it an omen of future tragedies, believing such incidents happen prior to major tragedies.

Russia News: The court of Avezzano, Italy, has sentenced a citizen of Ukraine to two years and three months in prison for having sold her little daughter for €1000, according to ANSA news agency.

Russia News: Russian Muslims should boycott all Dutch-made goods, including the world-famous tulips and roses grown in the Netherlands, representatives of the Muslim spiritual authority of Russia’s Nizhny Novgorod Region said.

Russia News: Whenever Barack Obama’s term is over, people will still like him as he represents the achievement of the American spirit, says Dan Gainor, vice president of the Business and Media Institute.

Russia News: At least nine people died and over 80 others were injured when a Turkish Airlines plane crashed at Amsterdam’s Schiphol Airport on Wednesday, Dutch authorities said.

Russia News: A group of Russian Navy officials are suspected of attempting to smuggle 30 anti-submarine missiles and 200 airplane bombs worth a total of $18 million to Tajikistan for sale to China.

Russia News: Iran’s nuclear chief said on Wednesday the Islamic Republic had 6,000 operating centrifuges at a uranium enrichment facility at Natanz and was planning to install a total of 50,000 over the next five years.

Wow that was exciting! 🙂