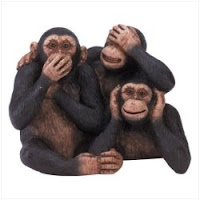 I was drinking my morning cup of coffee and the airwaves are abuzz with the escapades of Hillary Clinton last week and now the “Human Rights Report” that America has slammed China, Russia, North Korea and others with.

Clinton or (spoke mouth) for the USA in China last week, set the grounds for this report and started the “piss off China” soft approach. In Russia the report we got was far different than what main stream media was reporting in America. In America it was said that Hillary had a good meeting with China. The problem is, that was and is a lie. Hillary Clinton pissed China off by saying that China needs to get their Human Rights issues in order, but of course we will still advance our relationship with you even though you (China) are a Human Rights devastation.

Now we have the gall to follow the Clinton words of wisdom with the famous “Human Rights Report” put out by the biggest Hypocrites on earth.

1 : a person who puts on a false appearance of virtue or religion
2 : a person who acts in contradiction to his or her stated beliefs or feelings
— hypocrite adjective

Now Russia is in the midst’s of this because the report damages Russia like all the past reports have. Once again Russia looks at the situation in America and sees how America treats her people and the worlds people. Then Russia very quietly works on pulling farther and farther away from what America calls their perfect world.

This statement came from the report:

That is it!, America has knowledge of the issues but they are not worth mentioning because they are so trivial…

US officials admitted they were imprisoning children under 16 years of age at the Camp Delta military prison in Guantanamo Bay, Cuba. The young prisoners, some of whom have been jailed in US military prisons for over 12 months, are defined as “enemy combatants” and are being interrogated for suspected links to Al Qaeda or Afghanistan’s former Taliban government.

“school to prison pipeline” that funnels Black and Brown children into prison through discriminatory policies and under-funded public schools.

The Wide disparities in the criminal justice system (African Americans and Latinos are 60 percent of the nation’s prison population) are not due to the effects of racist policies, but are “related to differential involvement in crime.” (Yup!)

The US government’s assertion of federal ownership of nearly 90% of Western Shoshone lands. The land base covers approximately 60 million acres, stretching across what is now referred to as the states of Nevada, Idaho, Utah and California. Western Shoshone rights to the land – which they continue to use, care for, and occupy today – were recognized by the United States in 1863 by the Treaty of Ruby Valley. The U.S. now claims these same lands as “public” or federal lands through an agency process and has denied Western Shoshone fair access to U.S. courts through that same process. The land base has been and continues to be used by the United States for military testing, open pit cyanide heap leach gold mining and nuclear waste disposal planning. The U.S. has engaged in military style seizures of Shoshone livestock, trespass fines in the millions of dollars and ongoing armed surveillance of Western Shoshone who continue to assert their original and treaty rights.

I could fill a thousand pages with issues that America has.

OK, so where is the long “Human Rights” devastating report on all the bull that America does everyday to squelch the rights of her citizens and citizens of the world?

This definition of hypocrite fits America to a tee! My Grandma use to say: “It takes one to know one!”