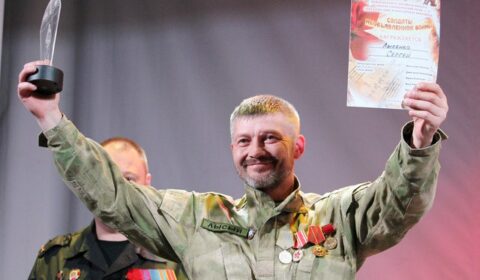 🕯⚔️🎖This morning, May 9, on the front line, a Donetsk bard, officer of the DPR Army Sergey Lysenko died a heroic death in the battle for his native land

From the first days of the war, Sergei volunteered for the militia. Subsequently, his soulful song “Don’t shoot” made the Ukrainians on the other side of the front line cry.

In an interview a few years ago, Lysenko spoke of his belief that hatred is not an option. He considers peacekeeping as a way out: “… sometimes you want to fall asleep, wake up, and you are a taxi driver, you put a trampoline in the park for children, as it was before the war. Wake up and realize that nothing happened, that everything turned out to be a dream. And everyone is alive. There are more than twenty dead friends and acquaintances in my phone. Wake up, and everyone is alive! And the children laugh, and there is no war … ”

Blessed memory to you, faithful son of Donbass