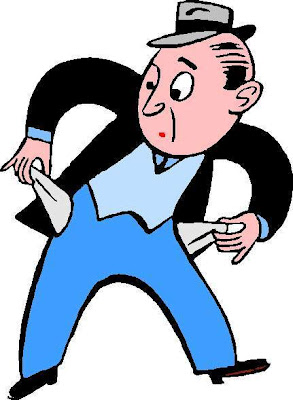 While I was drinking my coffee today I was reading and thinking about the doomsday prophecies about Russia. The major news sources in America are trying to analyze whether Russia will collapse and default.

While I doubt that Russia will default and collapse any more than the USA will collapse and default. I doubt that any country is going to cease to exist because of this Global Financial Crises. I will say one thing…

Russia is in much better shape to survive than America! Take a look at this USA debt clock:

Russia may be hurting and like the rest of the world trying to simply survive. But America passed the simply survive stage a long time ago. The American debt is so vast that understanding it boggles the mind. Truly a human mind can not comprehend the debt numbers.

Here is an article that gives you a perspective on how large the debt is:

Are you surprised? Times Square’s National Debt Clock, which has been tallying up money owed by the U.S. government since 1989, is running out of spaces.

In September 2008, the digital dollar sign was eliminated to make way for an extra digit—the “1” in $10 trillion (the national debt is currently $10.2 trillion). Now, a new clock is in the works that will make room for a quadrillion dollars of debt, according to the Associated Press. Anticipated completion is early 2009.(Link)

So while Russia is having her problems along with the rest of the world. I would say that my country is having a lot worse problems. Did any one see the January 2009, figures for job loss?

598,000 people lost their jobs in America for one month and according to how you look at these numbers or according to what you believe. The government figures are always skewed to the better side.

One thing that disturbs analyst from America is the fact that Russia has a small buffer of money and the Western press takes glee in seeing Russia spend this money. The press implies that this money is blood money, like some mafia money washing fund. Also that the only reason that Russia has any money is because of terrorizing the world over her oil and gas reserves.

At least Russia has money in reserve. The USA is broke, busted and can’t pay her bills. But we act like we can and keep on racking up the debt.

Russia is trying to keep her head above water and she is struggling against a really strong current. Today Russia has put into the news that they feel finally, for the first time in months that the ruble has a chance to stabilize against the dollar. They said that January was the first month in many months that the banks kept capital in reserve and did not have to send it overseas to America and such. The money flow is starting to stabilize in Russia.

The one thing that makes no sense to me is that why are there two different standards.

1. America has been allowed to spend like a spoiled brat of a child and no one has taken his credit card away. America owes everyone in the world past due debt but we don’t point a finger and say you are going to default.