“But two years later, the vital Kremlin informants have largely gone silent, leaving the C.I.A. and other spy agencies in the dark”…

WASHINGTON — In 2016, American intelligence agencies delivered urgent and explicit warnings about Russia’s intentions to try to tip the American presidential election — and a detailed assessment of the operation afterward — thanks in large part to informants close to President Vladimir V. Putin and in the Kremlin who provided crucial details. But two years later, the vital Kremlin informants have largely gone silent, leaving the C.I.A. and other spy agencies in the dark about precisely what Mr. Putin’s intentions are for November’s midterm elections, according to American officials familiar with the intelligence.

I only ask which Kremlin are they hiding in? 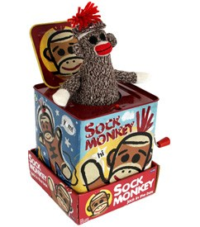 Russia has lots of Kremlins…

Twelve Russian Kremlins. The Moscow Kremlin is easily recognized around the world as a symbol of Russia and the seat of its president. But few people outside Russia have heard about the other Russian fortresses that are also known as kremlins…

Yes this is another tidbit of information and sock monkey lovers will not like this info!

Update: Another way to look at the same article…. by Paul Craig Roberts

When I first read this — https://www.nytimes.com/2018/08/24/us/politics/cia-russia-midterm-elections.html — I thought it was a caricature of fake news. Then I realized it was a New York Times article, and being fairly certain that the arrogant presstitute organization was not taking the piss out of itself, as it is one of the main purveyors of fake news, I found the conclusion unavoidable that Julian E. Barnes and Matthew Rosenberg were so tightly bound inside The Matrix that they might