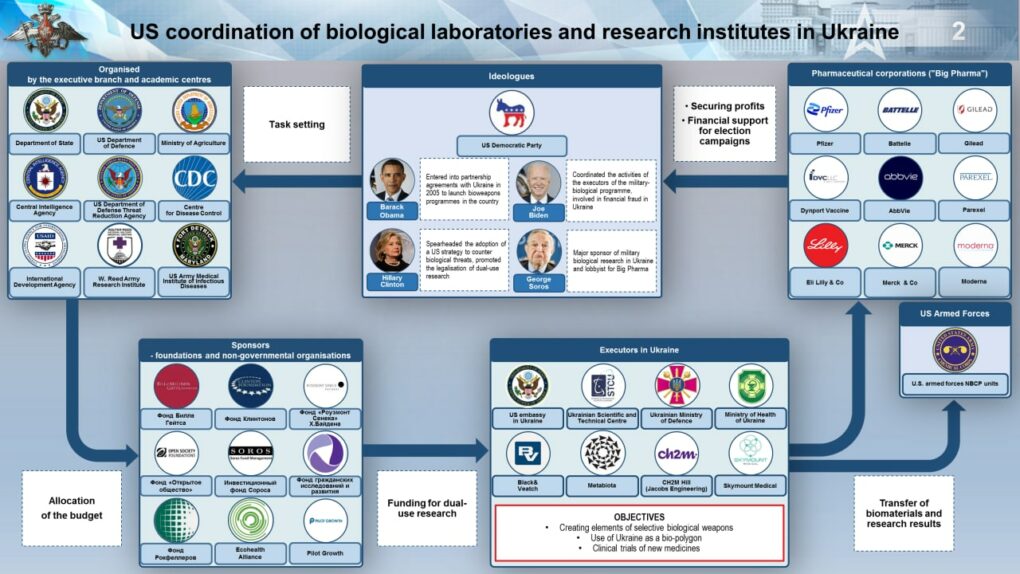 ​​🇺🇦 Ideologues of US military-biological activities in Ukraine are the leaders of the Democratic Party.

▫️Thus, through the US executive branch, a legislative framework for funding military biomedical research directly from the federal budget was formed. Funds were raised under state guarantees from NGOs controlled by the Democratic Party leadership, including the investment funds of the Clintons, Rockefellers, Soros and Biden.

▫️The involvement of controlled nongovernmental and biotechnological organisations, and the increase in their revenues, allows the leaders of the Democratic Party to generate additional campaign finance and hide its distribution.

▫️In addition to US pharmaceutical companies and Pentagon contractors, Ukrainian state agencies are involved in military bioweapons activities, whose main tasks are to conceal illegal activities, conduct field and clinical trials and provide the necessary biomaterial.

▫️Thus, the US Department of Defence, using a virtually internationally uncontrolled test site and the high-tech facilities of multinational companies, has greatly expanded its research capabilities, not only in the field of biological weapons, but also in gaining knowledge about antibiotic resistance and the antibodies to specific diseases in populations in specific regions.

Briefing on the results of the analysis of documents related to the military biological activities of the United States on the territory of Ukraine May 11, 2022…