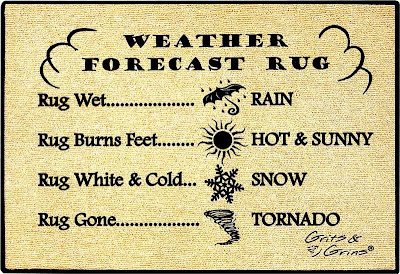 In America people like to mumble under their breath about the weather forecast and how wrong it was for the day! It is a well known joke that you just listen to the forecast and believe the opposite of what they say…

In Russia, especially Moscow Russia. Some still think that the Weather Man can and will not be wrong!

Mayor Yury Luzhkov, known for his attempts to control both the rain and the snow, lambasted weather forecasters Tuesday for failing to predict this winter’s first big snowfall, which caused traffic jams that even stunned drivers used to Moscow’s notoriously crowded streets.

The mayor “is extremely dissatisfied with the work of the [city] meteorological office, which was unable to make an exact forecast even on a short-term basis,” Luzhkov’s spokesman Sergei Tsoi said, Interfax reported.

Only 14 to 15 centimeters (less than 6 inches) of snow fell in a 24 hour period, But the catcher is that the city meteorologist forecast 1 to 2 centimeters! So…

As city wide traffic disintegrated to a halt and the roads became a living nightmare – 2700 accidents collapsed the already fragile rush hour traffic situation causing spectacular collisions along the major roads and at that point the drivers abandon their cars near metro stations and bus terminals. The news reported that people even left cars standing on the eight-lane wide Garden Ring Road and the Mkad Road that is the last ring around the city. (Link to 894km of traffic jam)

They say that enterprising guys walked through the jammed up traffic, (with cans of gasoline) selling fuel at double to triple the price!

This all created a backlash into the Mayors office from people wanting to know why the roads were in such bad shape?

Who else you gonna blame? The Mayor… 🙂

PS: I hope the weather man survives! I hear on the news that they are talking about making the cities meteorologist pay financially for their errors…