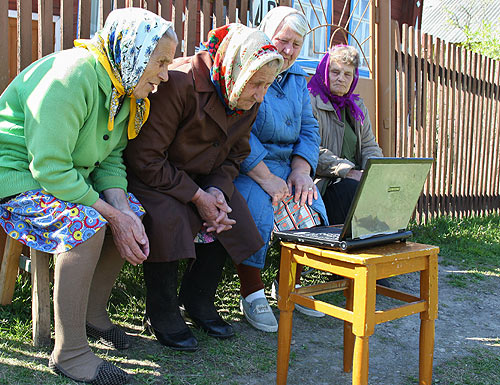 “The possibilities of the Internet, social networks and blogosphere should be used to make the authorities more open and transparent,” Medvedev said in a video blog posting on Wednesday.

He said hoping for state bureaucrats to “make Russia better” would mean “gratifying [their] abuse of authority.”

Medvedev has pushed his image as a tech-savvy modernizer during his four years in office, frequently speaking up for Russia’s increasingly politicized web community.

He said Runet has a monthly audience of 59 million people aged 18 or older.

“The country needs you active people,” he said.

Runet – Russia’s Internet segment – has been largely free of the kind of state controls exerted over television and much of the printed media.

Medvedev, who steps down in May, said the government was carrying out more of its work online, and called on regional authorities to make more use of the Internet to solve “thorny issues.”