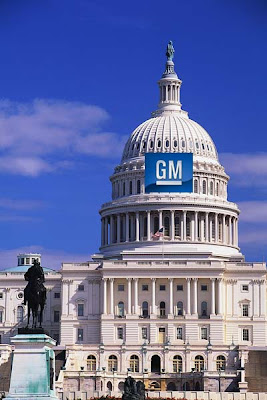 Looks pretty obvious at this point. If it is not clear to you and the rest of the world, then think about it for a minute…

General Motors’ failure last week to decide on the sale of its unit Opel has met with strong criticism from Berlin. German media commentators say the Opel saga poses risks for Chancellor Angela Merkel ahead of the Sept. 27 election and could hurt relations between the US and Germany. They also warn that Opel could fall victim to political election tactics.

Germany is backing the deal as GM is starting to look like a company that has been given so much government money that they are backing out of the deal. A deal that not long ago they had to do or die and now after being blessed with lots and lots of government help and government backing, have turned their nose up at the best deal for the Opel company. GM says it wants the rights to get Opel back, (after someone else turns it around and makes a solid company out of it.) GM does not deserve that right…

The old General Motors will dissolve in bankruptcy court while a brand new company, owned largely by the United States and Canadian governments, will emerge under the same GM name.

The Magna – Sberbank deal is the best for Germany and Germany is what counts. Not the fact that a American company is being controlled now by governmental influence. Russia has an opportunity to come out a head in this deal along with Canada. Germany likes the presence of Canada and Russia as the most viable partners that will make Opel a great car company again after being driven toward its grave by GM.

This act of GM’s with the US government backing gives strength to the statement that GM was and is a failed company. (Once again our tax money put to a good use?)

General Motors CEO Fritz Henderson is considering alternatives to a sale of German automaker Opel, several newspapers reported on Tuesday, in what would be a dramatic turnaround in the Opel saga. The government in Berlin and Opel’s workforce are angry about the decision and may protest. (Oops bad move on Americas part!)