Last Night It Got Kinda Cold! 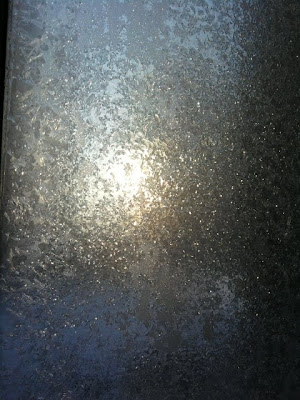 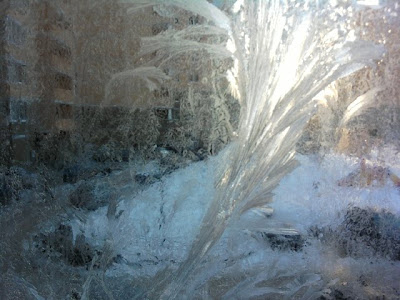 Last night I was walking the dog at about 2am and it became real interesting! I knew it was going to get around -18 C., but I could tell it was colder than that.

At the half way point of our walk I had to carry the dog. His little feet got so cold that he was just having serious issues. Now I also had to carry him a little bit earlier when Svet and I walked him, but that was because he had stepped in some ice melt that was put on the sidewalk.

Well when Boza and I got home I checked the temperature and at that point is was -25 C. When I got up around 8am it was officially -27 C. For you all from America that equates to -16 to -17 F. (Other words it was cold…)

We seem to have gotten a little colder than Moscow because we live on the outside of the city. I think Moscow showed -24 C.

I took some pictures of our window. It is frozen solid almost and covered for the most part with a thick layer of ice on the outside. Kinda cool…

The first picture was taken at about 10am and that is the sun trying to peep through the ice. I found a thin spot in the ice and took the second picture. I thought that was a neat design.

Have a warm day!

PS: They are calling for even colder! (That is so neat)