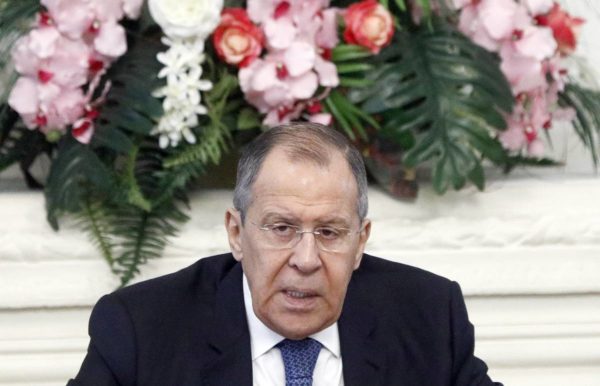 MOSCOW, April 12. /TASS/. Multipolarity is about to replace the Western liberal model of development, which is losing its attractiveness, Russian Foreign Minister Sergey Lavrov said at his annual meeting with students and professors at the Foreign Ministry’s Diplomatic Academy.”

The Western liberal model of development, which particularly stipulates a partial loss of national sovereignty – this is what our Western colleagues aimed at when they invented what they called globalization – is losing its attractiveness and is no more viewed as a perfect model for all. Moreover, many people in the very western countries are skeptical about it,” Lavrov said.

According to him, global development is guided “by processes aimed at boosting multipolarity and what we call a polycentric world order.” The Russian top diplomat pointed out that the foundation for such a world order was being laid and new centers of economic growth were emerging. In this regard, he mentioned Asian Pacific countries that managed to increase their share of global GDP from 15.9% to 37.7% in the past 20 years.

Clearly, multipolarity and the emergence of new centers of power in every way requires efforts to maintain global stability and search for a balance of interests and compromises, so diplomacy should play a leading role here,” Lavrov went on to say. “Particularly because there are a lot of issues that require generally acceptable solutions. These include regional conflicts, international terrorism, food security and environmental protection. This is why we believe that only diplomacy can help make agreements and reach sustainable decisions that will be accepted by all,” he emphasized.

In this connection, the Russian foreign minister expressed regret that “our Western partners, led by the United States, are reluctant to make agreements on common approaches to resolving issues.” “The US and its allies are trying to impose their approaches on others,” Lavrov noted. “They are guided by a clear desire to preserve their centuries-long dominance in global affairs although from the economic and financial standpoint, the US – alone or with its allies – can no longer resolve all global economic and political issues,” he said.”In order to preserve their dominance and recover their indisputable authority, they use blackmail and pressure. They don’t hesitate to blatantly interfere in the affairs of sovereign states,” Lavrov emphasized.

A survivor of six heart attacks and a brain tumor, a grumpy bear of a man, whom has declared Russia as his new and wonderful home. His wife is Russian and she puts up with this bear of a man and keeps him in line...Thank God for my sweetie and Russia. -- View all posts by kKeeton