Ukraine says but the USA got too excited! USA says Ukraine started it! Germany says the USA said we had to say it! Norway said it looked from up north here that Ukraine was being invaded and Russia was coming for us also! Sweden said what they say! Lithuania says that China is invading them and Russia is helping! Estonia got lost because NATO has more members there than they have people! Poland just hates everyone and really hates Russia! Canada says what ever the USA says and Mexico, France, Spain and many others say, leave us out of this…

Even Chicken Little could not find the invasion that Russia was doing against Ukraine and now Ukraine seems to have lost the sight of that, “Russian Invasion!” 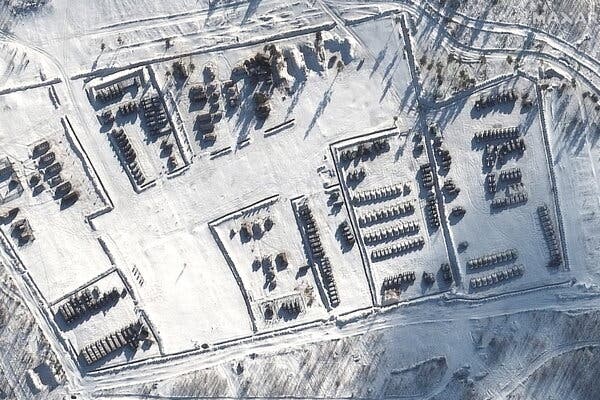 The ‘‘stay calm” posture has left analysts guessing about its leadership’s motivation, but some say that after eight years of war, the country simply calculates the risks differently.

Source: How Ukraine’s Leaders Are Responding to Russian Threat – The New York Times

So I guess an old Soviet Equipment Depot is the grounds for a Russian invasion within Russia?