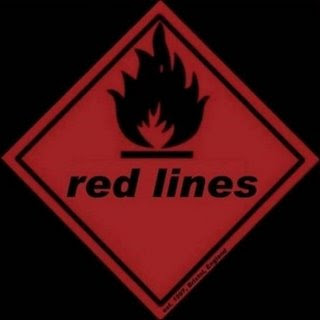 While drinking the morning cup of coffee, I was thinking about Russia and her outlook on the world…

Without a doubt, Russia is authoritarian; it does see itself as a great power and has engaged and will engage in power competition with those whom it sees as its rivals; it does insist on preserving links and influence in the former Imperial borderlands turned independent states; it looks at oil, gas and other natural resources as its few real assets before its economy is modernized and diversified; it does have a global view, it does have a future in mind that rejects US world domination and openly seeks to build what it calls a multipolar world order. True, Russia is not a post-modern player when it comes to international relations: it is nationalistic, sovereignty-conscious, and does not shy from wielding hard power, but apart from the European Union, no country is. Today, Russian people are freer and more affluent than they have ever been: capitalism is transforming Russian society on a daily basis. Yet even as Russia becomes progressively more Western inside, it has ceased to be pro-Western in its foreign policy.

These attributes of Russia are what scares the USA. For many years now the U.S. has not had anyone tell hem to not cross the red line. The U.S. has had the run of the “candy store” so to speak. Now the Bear said, no more candy from Russia & her territory!

What was the U.S. response to taking away her candy?

She (USA) had an unbelievable fit and is still screaming over lost candy! Rice has nonstop bad mouthed Russia for a month now. Bush has only shut up because his speech writers quit writing anti-Russian speeches. Cheney just made the rounds through this part of the world and proceeded to show his mentality level. Every time he spoke in the last few days, every other word was anti-Russian and he is so “talented” that he does not need speech writers to say, “Bad Russia!”

I have listen carefully the last few weeks and have watched the European Union work hard at a resolution. I have seen a Europe that wants to be a world power that mediates. I respect Europe, for the much more grownup attitude over the situation in the Caucuses. Yes Europe has its dissenting screaming children that try to stir up issues for the USA but the elder and wiser States keep them with pacifiers. The problem is that there is one child that Europe does not have a big enough pacifier for…..

Lets turn to the Biggest and Loudest Child (USA) for the last of these thoughts, centered on Cheney:

1. Dick Cheney denounced what he termed Russia’s war against Georgia. American political commentator Pat Buchanan pointed out that, while the Georgian conflict lasted five days, “We bombed Serbia for 78 days when it had not attacked the US for the province of Kosovo.”

2. Cheney also warned that Russia’s recognition of Abkhazia and South Ossetia could set a precedent. “We know that if one country is allowed to unilaterally redraw the borders of another, it will happen and it will happen again,” the Vice President said.

Just over six months ago, Russia expressed similar concerns – but then it was about recognising the independence of Kosovo. “We think to support the unilateral independence of Kosovo is wrong both from the moral and legal points of view,” Prime Minister Vladimir Putin said in February 2008. In spite of Russia’s warnings, the Serbian province’s unilateral declaration of independence was supported and recognized by the U.S. and more than 40 other countries.

3. Western politicians and media criticized Russia for what they called the invasion of a sovereign country. Again, terminology that would not be entirely out of place in a debate about the U.S. invasion of Iraq in 2003, which Russia opposed.

As the U.S. continues to attack Russia rhetorically, its inherent double standards are becoming ever more obvious. While the USA draws red lines and “you” better not cross, Russia slapped back when the USA crossed Russia’s red line.

Hence: The Spoiled Child (USA) fell on the ground screaming, yelling and holding her breath until blue in the face.