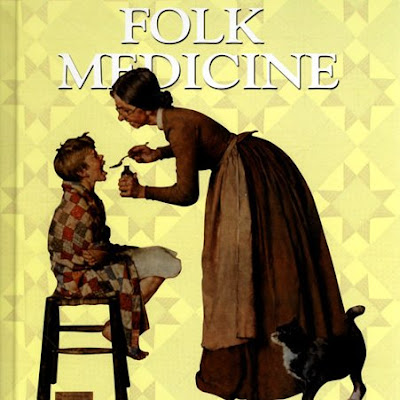 * It is widely believed in Russia that sitting on cold surfaces, such as rocks or even the ground, is not simply taboo for a woman, but it is extremely hazardous to her health and inhibits her ability to bear children. It is a practice that is rigorously upheld, especially in cold weather and with young children, who will often unknowingly sit on the ground, and who will frequently be lifted up by a supervising adult.

* Keeping all parts of one’s body as dry and warm as possible in cold weather and rain is generally practiced as prophylaxis for the common cold in Russia, as it is in many parts of the world. There are a variety of home remedies used to treat the common cold, including hot tea. Cold beverages are avoided while one is sick. This is not unique to Russia; however, many Russians tend to be more adamant about it than most Westerners.

* Traditional self-medication is prevalent in Russia. Banki (банки) are little glass jars that are usually applied to the back. A match is lit inside in order to burn up the oxygen and create suction. This technique is known as fire cupping in traditional Chinese medicine. Gorchichniki (горчичники) are mustard plasters that are applied onto the back or the chest. Mustard plasters have been and still are used by Westerners, as well. Doctors often prescribe banki and/or gorchichniki instead of chemical medications or antibiotics when a patient has flu and cold-like symptoms.

These beliefs and practices may be considered as superstitious by some Westerners, who think that viral and bacterial causes of colds and flu make it irrational to associate body temperature with the probability of getting sick, and hot remedies with better recovery. However, some existing research shows that mild hypothermia inhibits the immune response, in which case Russian traditional beliefs and remedies may be not be completely baseless.

* Men in Russia will always shake hands when they greet for the first time during the day. However, it is taboo to shake hands with your gloves on. A glove must be removed, no matter how cold it may be. Russia is one of the many countries where this handshake tradition is rigorously upheld.

* It is traditional in Russia for men to give flowers to women on nearly every occasion, but only an odd number can be given. Giving an even number of flowers is taboo, because even numbers are brought to funerals.

* You should never go to someone else’s house empty handed. Alcoholic beverages and/or dessert is a common gift to bring when invited to someone’s home.

* You should not forget to “Thank” the hosts for the welcoming and the dinner.

* You must remove the shoes in the house, because many people keep icons at home and according to Russian Orthodox religion it is a bad custom wear shoes in front of an icon, or even to say something bad about someone. It brings bad luck.

* It is traditional to always propose some kind of toast when drinking. Refusing to drink vodka on certain occasions or to a certain toast may sometimes be considered rude. For instance refusing to drink vodka at a funeral banquet is considered unacceptable. However you never toast in honor of those who have died or on Easter (for the same reason). Your glass cannot touch the table from the time a toast is proposed to the time you drink. Your glass should remain on the table when it is being refilled.

* Many Russians consider it bad form not to finish a bottle of vodka once it has been opened, no matter how few people there are left to finish it.

* It is also considered bad form to drink alcohol, including relatively mild beverages such as beer, without eating something between sips or shots. For this reason, Russian cuisine is particularly rich in appetizers and finger-foods (закуски), as they are used as chasers.

* When pouring wine, you should never pour back handed. This was a way of doing away with your enemies. You wear a ring full of poison, as you pour the wine out backhanded the poison drips into the glass un-noticed.

* It is impolite to point with your finger. But if you must point, it’s better to use your entire hand instead of your finger.

* It is impolite to put your feet up on furniture with your shoes on. Sometimes, simply showing the soles of your shoes is considered rude.

* Whistling indoors is taboo. Russians sometimes say superstitiously that you will “whistle away your money”. The origins of this are in superstition, as it used to be considered a sin: it was believed that when you whistled you were entertaining the devil. In general it is considered rude.

* Traditional Russian cheek kissing is done using three kisses, but it is not widely upheld all the time.

* When someone sneezes you tell them Bud’te zdorovy (Rus: Будьте здоровы), which literally means “Be Healthy”. It used to be believed that saying this would help the sneezer keep from getting sick. Russian speakers will say it just as freely as an English speaker will say, “Bless you”, but the superstitious origins of the phrase have been widely lost in both languages