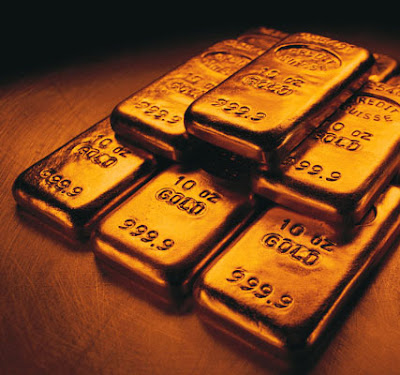 I was drinking my morning cup of coffee & thinking about the Gold Market!

It seems that according to internet rumors that, Russian Metals Billionaires, are moving into gold, attracted by record prices and the prospect of carving a share of production that is forecast to rise 40 percent by 2015. (Or Higher)

Now you may ask: Why In Russia?

Russia has Gold Reserves second only to South Africa’s. Russian’s are into gold because Russia has an extensive but very under developed metals and mineral base. Russia is only the world’s fifth-largest gold miner, accounting for about 6.6 percent of world production. Output last year is believed to have been about 161 tons (5.2 million ounces).

The potential is obvious, the second largest reserves but only the 5th largest production. Also the ability to control the market long term, is also an attractant!

I am finding during my researches on my Russian interests, that Russia has many little or under exploited secrets. This time I have found out that Russia has incredible mineral and metal reserves, just waiting to be extracted and utilized.

Just another reason why I find Russia such and interesting country!