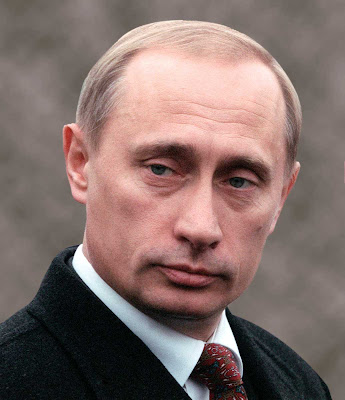 Just an item off the news wire:
=========================
NEW YORK (AP) — Time magazine on Tuesday named Russian President Vladimir Putin its “Person of the Year.” The nod went to the Russian leader because of Putin’s “extraordinary feat of leadership in taking a country that was in chaos and bringing it stability,” said Richard Stengel, Time ‘s managing editor.

Putin, 55, is enormously popular in Russia, presiding over a resurgent economy flush with revenue from oil and natural gas. But critics say he has moved the country away from Russia’s democratic reforms of the 1990s by tightening control of the media, courts and parliament. ==========================

Good choice for person of the year!