Russia Today: Not Allowed to Report the News at UN Meeting in New York!

Russia Today (a Russian News Agency) found out first hand about freedom of press in America. Russia Today found out that America has no room for criticizing anyone else in the world. The funny thing (not ha ha funny) is that they were told that they were doing nothing wrong…

So America can never talk down about Russia anymore for America is now doing what they claim the rest of the world is doing… Suppressing Freedoms! 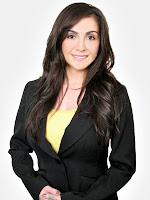 She was prevented from broadcasting and denied the use of her phone, but was later told she had done nothing wrong.

However, a live broadcast associate was told that our correspondent still could not broadcast live from outside the UN. Eurovision New York – the company managing the site – put out the following statement through its senior producer, Ian Johnson:

“Your correspondent got into a confrontation with the New York Police Department and they have denied her access to our stand-up position outside the United Nations as a result. She has attempted to go back, and the police have again denied her access.”

“We have been warned by the NYPD that our operation will be shut down if they see her involved in a live shot from our position,” the statement says.

Seems that America is turning into a Police State right in front of your eyes. Don’t blink too many times because you may miss the transformation. I will let you seek out the information on the riots in Pittsburgh over the G20 meeting. But to show you a little sample of a Police State watch this video…

It Actually is Kinda Scary Looking Really, Talk About Overkill!