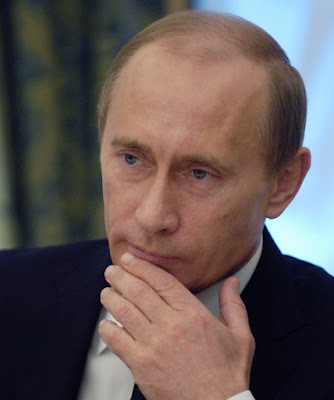 I was drinking my morning cup of coffee & thinking about what Putin is doing now that he is not President anymore!

1. Prime Minister Vladimir Putin approved on Tuesday the country’s largest spending project since the Soviet collapse, a $570 billion program to overhaul and expand the country’s transportation infrastructure over the next seven years.

2. Prime Minister Vladimir Putin on Thursday announced the creation of a new executive body that he said would inject efficiency into the unwieldy government machine. The new body, called the presidium, will comprise Putin’s seven deputies and seven other ministers and meet once a week, in a routine reminiscent of Putin’s weekly Monday meetings with key ministers in the Kremlin. The entire Cabinet will convene at least once a month, Putin said.

3. Prime Minister Vladimir Putin urged his government on Tuesday to give Russia a modern fleet of ships for its flourishing energy sector and named his close ally, Deputy Prime Minister Igor Sechin, to manage the multibillion-dollar project.

Looks like he is busy being a Prime Minister….

PS: Tomorrow we will see what President Medvedev is doing!