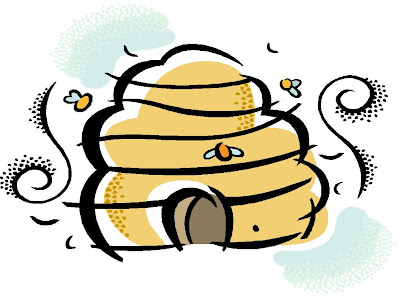 In Moscow, the Honey exhibition is getting ready to start, located at the Manezh’s Central Exhibition Center from Feb. 12 to 27. This is the 19th annual: All-Russia Honey Fest!

More than 400 of the best beekeepers from 61 Russian regions, will bring multiple types of honey, such as flower honey, sainfoin honey, rapeseed honey, buckwheat honey and meadow

honey. They will all be available to taste and of course: buy.

The fair is organized by the Russian Union of Beekeepers and is an annual event! This photo from 2006 shows how important the event is to Russian people!

Honey and other beekeeping products have been used in Russia for centuries because of their apparent healing qualities. A whole market has grown up around this form of folk medicine, at the exhibition you will hear all sorts of claims, from back pain relief, headache relief & help grow your hair back.

This is a list of cures possible with Honey……

Honey, especially mixed with cinnamon, can cure a multitude of ailments.

Arthritis: is one disease that may be cured with honey. One part honey to two parts of lukewarm water and a teaspoon of cinnamon will make a paste that will noticeably reduce pain in a matter of a couple of minutes. People suffering from arthritis can take one cup of hot water with two spoons of honey and a teaspoon of cinnamon once in the morning and again in the evening. It’s been said that taken regularly even chronic arthritis can be cured.

Cholesterol: is said to be treatable with honey. Mix two tablespoons of honey and three tablespoons of cinnamon in 16 ounces of tea. This mixture is said to reduce the level of cholesterol by ten percent within a short amount of time. As with arthritis, it is said that pure honey taken with food daily will reduce cholesterol levels. Along the same lines, using cinnamon and honey on bread and eaten at breakfast revitalized the arteries and veins leading to the heart and helpful towards preventing heart attacks.

Hair Loss: A mixture of hot olive oil, one tablespoon of honey and one teaspoon of cinnamon made into a paste may help baldness and hair loss. Apply the paste before your shower and leave it on for approximately five to fifteen minutes then wash the hair.

Relieve Gas: stomachaches and clears stomach ulcers at the root. If honey is taken before eating it helps digest even the heaviest of meals.

Colds: can be treated with honey. One tablespoon honey with ¼ teaspoon of cinnamon taken daily is said to cure most chronic coughs and clear the sinuses. You can also make up a mixture of honey, whiskey and lemon juice. If it doesn’t clear your cough, at least maybe you’ll sleep.

Pimples: can be removed within two weeks if this remedy is applied. Make a paste of three tablespoons of honey and one teaspoon of cinnamon. Put the pimples on before going to bed and wash it off the next morning.

Weight Loss: Twice daily, once at night, and one in the morning ½ hour before breakfast drink a cup of boiled hot water with honey and cinnamon. It’s been said that even the most obese patient can lose weight and drinking this mixture doesn’t allow the fat to accumulate in the body.

Chronic Fatigue: can be helped by honey. One half tablespoon of honey in a glass of water and sprinkled with cinnamon in the morning and in the afternoon will increase your vitality within a week.

Bad Breath: is said to be helpful if gargled in the morning. One teaspoon of honey and cinnamon mixed in hot water is supposed to keep breath fresh all day.