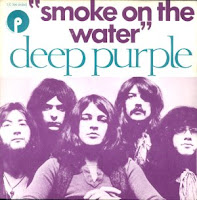 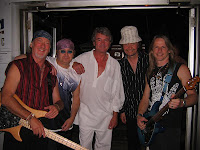 I found this on the wire! Now that is a farewell gift, Deep Purple. That was one of my favorite bands back in the old days!

Deep Purple is heading to Moscow as a farewell gift to First Deputy Prime Minister Dmitry Medvedev, the chairman of state-controlled gas giant Gazprom and a virtual lock to become the country’s next president.

Medvedev has said Deep Purple, known for hits such as “Smoke on the Water,” is his favorite band.

The rock group will perform at a show Gazprom is putting on at the Kremlin on Monday to mark the 15th anniversary of the firm’s creation, industry sources said.

Both Medvedev and President Vladimir Putin are expected at the party. The British band’s management declined to comment.

Putin has all but guaranteed Medvedev’s victory in the March 2 presidential election after publicly endorsing him.

Putin is known to enjoy patriotic Russian pop songs. It was not clear if the concert lineup would have anything to suit his tastes.

If Medvedev becomes president, he will resign as Gazprom chairman. Prime Minister Viktor Zubkov is expected to take over the job in June.

Gazprom, the country’s most valuable firm by market capitalization and one of the world’s top 10, is enjoying record profits because of high global energy prices.