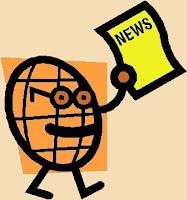 MOSCOW, July 3 (RIA Novosti) – Russian investigations into Georgia’s attack on South Ossetia last August have found that the onslaught killed, injured or damaged the homes of a total of 5,315 people, Russia’s chief investigator said on Friday.

“We have conclusively proved the nature of the crimes – genocide and mass killings of civilians. A total of 5,315 people have been found to have been harmed in this case,” the head of the Investigation Committee at the Russian Prosecutor General’s Office, Alexander Bastrykin, said.

MOSCOW, July 3 (RIA Novosti) – Submersibles involved in research in Siberia’s Lake Baikal have conducted their longest dive yet in the world’s deepest lake to study a mud volcano, a local preservation fund spokesman said on Friday.

MOSCOW, July 3 (RIA Novosti) – Two troops have been killed and another five wounded by explosions in Russia’s North Caucasus republic of Chechnya, while three police were injured by a roadside bomb in Daghestan, police sources said on Friday.

KRASNOYARSK, July 3 (RIA Novosti) – A Russian photographer who spent a month living alone in a Siberian nature reserve said on Friday he had proved there was no need to cull the park’s bear population.