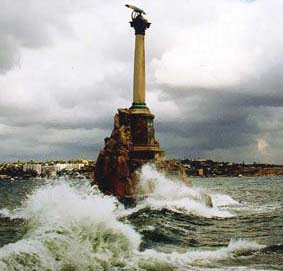 Sevastopol must belong to their country, a poll held by the Russian Public Opinion Research Center showed. A mere 5 percent of the respondents said that the city could remain part of Ukraine, while 27 percent are undecided on the matter. The percentage of those who think that Sevastopol must be part of Russia is lower among people aged 18-24 (59 percent) than among older respondents (66-71 percent).

More than half of those who believe that Sevastopol must belong to Russia explain their position by saying that it was a Russian city in the past (56 percent). Other respondents said that Sevastopol is a strategically important port and a place of Russia’s military glory (6-7 percent). Meanwhile, 31 percent of respondents said that it was more important to return Sevastopol to Russia than to maintain good relations with Ukraine, compared to 18 percent of Russians who believe otherwise.