Today I want to tell you about one theme what it seems was interesting for me all my life.

I’ll tell you a little about Zagorsk school for deaf and blind children. Life of such people was always interesting for me, how they understand this world, how world understands me. I remember my Mom told me that when she was a student in Moscow Pedagogic University Olga Skorohodova came to meet the students. Olga Skorohodova was blind and deaf from early childhood but my Mom told that she was speaking well, told interesting things and answered the questions (she had an interpretor who helped her). She wrote books and poems and later when I already was a student of Moscow State University (Faculty of Computational Mathematics and Cybernetics) I liked to sit in the library reading her books.

I already was student of fourth year when two my class-mates called me and told that they are members of a volunteer organisation and that was very interesting life and they told me that they were visiting the Zagorsk school for deaf and blind children and helped them. Next week they were going there to remove snow from roof. That was the end of March and the snow was heavy, ready to melt off and the roof could be broken by that. They offer me to join to them and I was happy! They told a lot of unbelievable things about this school, they told me about Alexander Suvor – who had been a pupil of these school and were studying in Moscow State University that time. They taught me daktil (a finger ABC what use deaf people), when you talk to deaf and blind person they put their hand on yours and you tell “to their hand”. We spent in Zagorsk school couple days, we removed the snow and talked to kids and all was happy :))). I even thought that I should give up my Math faculty and study Defectology in Pedagogic University. But it did not happen.

That is one of articles what I found,
http://www.russiajournal.com/node/689

A psychology professor, Suvorov is one of the brightest innovators in education and socialization for the disabled. “

“My academic titles and functions in various schools and youth organizations are spelled out in the autobiography,” Suvorov says. “But my one actual function everywhere is being the children’s friend.”

Losing touch with the world:

Suvorov lost his sight at the age of three and his hearing at the age of nine. His only contact with the outside world since has been an occasional glimpse of blurred visual images, and an ability to hear loud noises and music, though not human speech.

But when Suvorov communicates with the disabled, one witnesses an amazing strength of will, energy, and passion for life that shames the able-bodied who think they struggle with difficult problems.

Among Suvorov’s blessings was a family ready to devote every ounce of energy and enormous amounts of time to his well being. He was also fortunate to have superb teachers.

Suvorov’s mother spared no effort in finding the best institution to help prepare her blind son for the none-too-easy life he faced. Having spent four years in a school for blind children in his home city of Frunze in the Kirgiz republic, the 13-year-old Suvorov was then placed in a blind-and-mute boarding school in the town of Zagorsk, famous as the best available.

Not only did Suvorov learn several systems of communication, including Braille and the dactylo alphabet, he also managed to preserve and develop his speech abilities, escaping the menace of speech disorder often suffered by people who lose their hearing.

The will for self-development and education carried Suvorov from Zagorsk to Moscow State University’s department of psychology. He was one of four Zagorsk graduates who entered Russia’s top university in 1971 for an experimental special education program for the disabled. According to their teachers, Suvorov recalls, the group not only successfully kept up with, but even outstripped their able-bodied classmates.

Following his graduation, Suvorov spent several years working at the Russian Academy of Sciences’ Institute for General and Pedagogical Psychology, then decided he wanted to put his energy into something other than pure academic research.

Suvorov came to work with disabled children in 1981; first at his old Zagorsk school, and then at various establishments linked to the well-known Children’s Charity Order, DOM.

Suvorov has supported the organization of the Children’s Charity Order since 1981. Founded in 1990, the association of youth workers and children has since become the leading Russian organization dealing with children suffering disabilities. It has branches in hundreds of cities, and carries out educational, rehabilitation, and social activities all over the country. By virtue of its Russian abbreviation, the order is commonly referred to as Dom (Russian for “home”).

Dozens of local DOM branches, youth camps, rehabilitation groups, training seminars, and lectures keep Suvorov permanently on the road. He usually travels alone. Interviewed at Moscow international youth festival on May 30, he explained he had just arrived from the city of Nabereznye Chelny, Tatarstan, and already had train tickets to travel to a Black Sea camp.

Asked whether he was ever frightened of traveling alone, the blind and deaf professor replied: “What should I be afraid of? I’m in my own country, and even if I can’t handle something myself, any normal companion would come to help me. I’ve never had a situation where they haven’t.”

During brief breaks between journeys, Suvorov occasionally lands in his current Moscow home, where he lives with his younger brother, Vasily. The younger Suvorov devotes much time tending to his blind brother, as does their sister, Olga, who lives in a different city, but still comes frequently to help look after Sashenka, as he is affectionately known.

A Man of Many Talents:

But Suvorov has not given up scientific work. Having researched personal self-development for the blind and deaf, he received a doctor’s degree in 1994, completing a dissertation titled “Humanitarianism as a Factor of Personal Self-Development.” While working as a researcher and lecturer at several research and educational institutions, he also published some 90 works-scientific, educational and literary. His most recent, a handbook called “Combined Pedagogics,” is soon to be released.

Suvorov has devoted much of his time to describing the importance of humanitarianism in the rehabilitation of the handicapped, and for interpersonal relations in general. It is an issue, he says, to which he keeps returning when fashioning his work and own behavior.

And a thankful society has honored its hero. Suvorov was awarded the Knight’s title by the Sverdlovsk Region DOM branch, a charity order medal from the all-Russian Good Dozen contest, a Gratitude Certificate from the Naberezhnye Chelny DOM branch, and an honorary doctorate in Humanitarian Sciences from Susquehan University in Pennsylvania in the United States.

But his most prized award, Suvorov says, is the Lev Tolstoy Gold Medal presented by the International Children’s Fund Association in 1997.

Suvorov is also a poet. A couple of his collections of verse have been published. The following is one of his most recent poems:

He feels not Compassion for another man’s distress.

And yet remains for now blind and deaf.

Until the thunder strikes in fire and fury,

And cruel chance comes banging on the door,

Until his grief starts pouring from above,

Alexander Suvorov is taking part in a lot of Pedagogic Programs, Programs what teaches Humanity, believes in the best in the people, helps kids who has problems… I think we’ll study them and who knows maybe one day we will take part in some of this program, trying to help somehow… so might be I’ll be back to my experience what I’ve got years and years ago in the Zagorsk School :).

I worked hard on this article and if this theme is interesting for you I want to share with you some links what I found
1) in English:

2) in Russian/some links in Russian are still interesting for anybody cause of pictures ;)/: 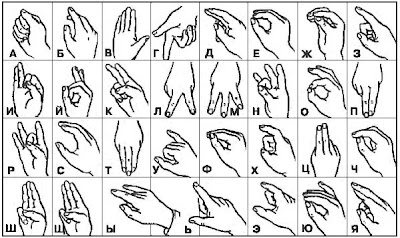