Well I must say, “Just ignore what is said by the USA, well unless you really are in Russia to cause issues!”

You know? I think I will travel Russia! Today I will go to the Big Village and the Fish Village. That is over a hundred kilometers of driving in Russia and well, maybe I will live? For the barbarians are thick in Russia… 😉

Just changed the oil in Sammy the Volga and I need to check for leaks and tore pressure also. This could be my last trip among these Orcs and Barbarians that run Russia…

Get real people, I live in Russia and am an American…

Need a good laugh? Read the post below. It is sad that the USA GOV just lies so blatantly and easily… 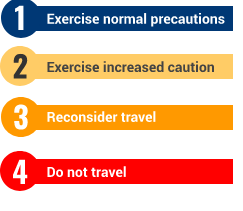 Do not travel to Russia due to the unprovoked and unjustified invasion of Ukraine by Russian military forces, the potential for harassment against U.S. citizens by Russian government security officials, the singling out of U.S. citizens in Russia by Russian government security officials including for detention, the arbitrary enforcement of local law, limited flights into and out of Russia, the Embassy’s limited ability to assist U.S. citizens in Russia, COVID-19-related restrictions, and terrorism. U.S. citizens residing or travelling in Russia should depart Russia immediately.  Exercise increased caution due to wrongful detentions.

U.S. citizens should note that U.S. credit and debit cards no longer work in Russia, and options to electronically transfer funds from the United States are extremely limited as a result of sanctions imposed on Russian banks. There are reports of cash shortages within Russia.

Limited commercial flight options and overland routes by car and bus are still open and available. If you wish to depart Russia, you should make arrangements on your own as soon as possible. The U.S. Embassy has severe limitations on its ability to assist U.S. citizens, and conditions, including transportation options, may suddenly become even more limited. U.S. citizens who are able to depart Russia for another country and are in need of emergency assistance upon arrival may contact a U.S. embassy or consulate in that country.

Due to Russia’s further invasion of Ukraine, an increasing number of airlines are cancelling flights into and out of Russia, and numerous countries have closed their airspace to Russian airlines. In addition, airspace around southern Russia is restricted, and a number of airports in the area have closed. U.S. citizens located in, or considering travel to, the districts of the Russian Federation immediately bordering Ukraine should be aware that the situation along the border is dangerous and unpredictable. Given the ongoing armed conflict, U.S. citizens are strongly advised against traveling by land from Russia to Ukraine. In addition, there is the potential throughout Russia of harassment of foreigners, including through regulations targeted specifically against foreigners.

The U.S. government’s ability to provide routine or emergency services to U.S. citizens in Russia is severely limited, particularly in areas far from the U.S. Embassy in Moscow, due to Russian government limitations on travel, the number of U.S. staff, and the ongoing suspension of operations, including consular services, at U.S. consulates.

Do Not Travel to:

Country Summary: U.S. citizens, including former and current U.S. government and military personnel and private citizens engaged in business, who are visiting or residing in Russia have been interrogated without cause and threatened by Russian officials, and may become victims of harassment, mistreatment, and extortion. All U.S. government personnel should carefully consider their need to travel to Russia.

The Department has determined that at least one U.S. national is wrongfully detained by the Russian government.

Russian security services have arrested U.S. citizens on spurious charges, singled out U.S. citizens in Russia for detention and/or harassment, denied them fair and transparent treatment, and have convicted them in secret trials and/or without presenting credible evidence. Russian officials may unreasonably delay U.S. consular assistance to detained U.S. citizens. Russian authorities arbitrarily enforce local laws against U.S. citizen religious workers and open questionable criminal investigations against U.S. citizens engaged in religious activity. Russian security services are increasing the arbitrary enforcement of local laws to target foreign and international organizations they consider “undesirable,” and U.S. citizens should avoid travel to Russia to perform work for or volunteer with non-governmental organizations. Russian authorities may not notify the U.S. Embassy of the detention of a U.S. citizen, and consular access to detainees may be denied or severely delayed.

Russia enforces special restrictions on dual U.S.-Russian nationals and may refuse to acknowledge dual nationals’ U.S. citizenship, including denying access to U.S. consular assistance and preventing their departure from Russia.

The rights to peaceful assembly and freedom of expression are not guaranteed in Russia, and U.S. citizens should avoid all political or social protests.

The Federal Aviation Administration (FAA) has issued a Notice to Air Missions (NOTAM) prohibiting U.S. aviation operations into, out of, within, or over those areas of the Moscow Flight Information Region (FIR), the Samara FIR (UWWW) and the Rostov-na-Donu (URRV) FIR within 160NM of the boundaries of the Dnipro (UKDV) Flight Information Regions. For more information, U.S. citizens should consult the Federal Aviation Administration’s Prohibitions, Restrictions, and Notices.

The Centers for Disease Control and Prevention (CDC) has determined Russia has a moderate level of COVID-19.  Visit the CDC page for the latest Travel Health Information related to your travel.  There are restrictions in place affecting U.S. citizen entry into Russia.

If you decide to travel to Russia:

North Caucasus (including Chechnya and Mount Elbrus) – Level 4: Do Not Travel

Terrorist attacks and risk of civil unrest continue throughout the North Caucasus region, including in Chechnya, North Ossetia, Ingushetia, Dagestan, Stavropol, Karachayevo-Cherkessiya, and Kabardino-Balkariya. Local gangs have kidnapped U.S. citizens and other foreigners for ransom. There have been credible reports of arrest, torture, and extrajudicial killing of LGBTI persons in Chechnya allegedly conducted by Chechen regional authorities.

Crimea – Level 4: Do Not Travel

The international community, including the United States and Ukraine, does not recognize Russia’s purported annexation of Crimea. There is extensive Russian Federation military presence in Crimea. Russia staged its further invasion of Ukraine, in part, from occupied Crimea, and Russia is likely to take further military actions in Crimea as part of its occupation of this part of Ukraine. There are continuing abuses against foreigners and the local population by the occupation authorities in Crimea, particularly against those who are seen as challenging their authority on the peninsula.

Not too much truth that I see there. Could have just asked me about what Russia is like and they could have saved themselves making up more and more lies…

I wonder why they did not just ask me?

I would have told them the truth, as I was driving down the highway…