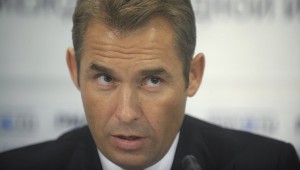 A U.S. man charged with raping his adopted Russian daughter has described his relations with the teenager as “consensual,” Russian Children’s Ombudsman Pavel Astakhov said on Friday.

The man was arrested in 2010 on charges of regularly raping the Russian adoptee, Ksenia, although the Russian embassy only found out about the case this month when the girl turned to them to amend an error in her documents.

“We would never have found out about this story if there had not been a mistake in the documents,” Astkhov said during a visit to the United States on Friday.

A Russian-U.S. working group is meeting in the United States to discuss a new adoption treaty that would tighten rules on adoptions between the two countries. Moscow insists it should have more rights to monitor what happens to children taken out of the country.

Astakhov said the new adoption treaty may be signed in July.

“If it is signed we would push for Ksenia’s return to Russia,” he said.

Russia suspended U.S. adoptions last year after a Tennessee woman sent her 7-year-old adoptive son back to Russia. He was put on a plane on his own with a note from the woman saying she did not want him as he was “psychotic.”