We Finally got our Car Tags in Moscow, Russia! 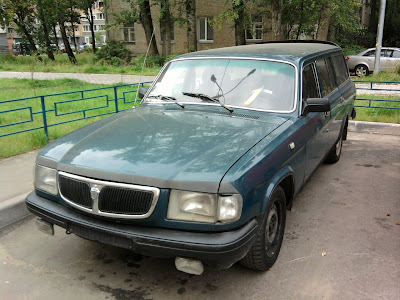 We had an interesting weekend. Svet and I finally won the battle to get our car tagged. This was not an easy war and we lost many battles in the process. But winning the war is what counts – right?

I have stayed quiet about this because I wanted to concentrate on getting tags not writing about how interesting it was to get them. (I felt like I was dealing with the local governments back in America trying to tag my car after crossing a state line to relocate.) The one thing that Russia has is a lot of governmental red tape and they match America one on one in the red tape department department.

To start with we bought the car out of Moscow. That is number one issue – What works in another region does not mean it will work in Moscow! Lets expound on that statement: We took the car to get the tags and they always check the numbers on the car like they should do. That is the start of our fun. 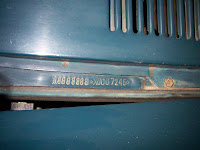 At he factory (GAZ)they had changed the VIN number. Now the inspector said that he knew this was a common practice for the GAZ plant to do this. But it had to be changed on the paper work and we would have to make a visit to an expert inspector to have official confirmation that the car was not stolen.

As you can see in the second picture that the first number has been X out and then a new number is stamped next to it to the right. They say this has to do with production times and runs. (I say the guy who hand stamped it messed up and had to re stamp the number.)

So poor Svet and I {I drove and waited :)} had to visit a 100 different government offices to get enough information on what we had to do to get car tags. We had to take our own pictures of the VIN numbers. We had to make our own copies of all paper work. We had to endure lots of tea breaks by employees. We had to wait in long lines and listen to many lazy government workers explain how it was not their job and the one who did that job was not there until tomorrow. (Sound familiar?)

To make a long story short: Svet was the most patient car owner in the world and overcame all barriers installed in the way. Also the expert of all car inspectors said all was fine and we never paid one ruble of a bribe and never gave up.

When we had the car reinspected after a month of interesting governmental communication – we got our tags… :-]

How was your weekend? Ours turned out fantastic…