Russian hack of federal government; Do we admit we are this weak?

Now Trump is Tweeting Twittering Away!

….discussing the possibility that it may be China (it may!). There could also have been a hit on our ridiculous voting machines during the election, which is now obvious that I won big, making it an even more corrupted embarrassment for the USA. @DNI_Ratcliffe @SecPompeo

Fear causes Chaos, confusion and degradation of all facilities. The USA is showing markedly degraded abilities at just about anything anymore!

Tidbit: USA running scared as the fear & chaos is strong within…

Does anyone else but me see that the madmen have escaped the insane asylum? 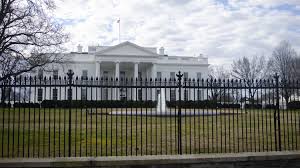 Oops, they seem to have gotten out long ago!

We (USA) even cannot decide who to blame it on, because there is no one to blame but ourselves!