“Due to the possible launch of air strikes into Syria with air-to-ground and / or cruise missiles within the next 72 hours, and the possibility of intermittent disruption of radio navigation equipment, due consideration needs to be taken”

Source: “Imminent Announcement” Of US Action In Syria Coming Amid Expectations Of Air Strikes “Within Hours”

and the demented lapdogs:

BRITISH and French forces could launch an imminent missile strike on Syria within a matter of hours, aviation monitors have revealed. 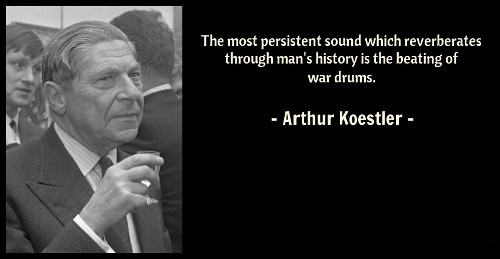 When you wake with the realization that the Psychopathic Countries have unhinged into an alternate reality...

This is John Helmer’s interpretation of the warning:

“WHEN THE RULE OF LAW WAS DESTROYED IN SALISBURY, LONDON AND THE HAGUE, AND THE RULE OF FRAUD DECLARED IN WASHINGTON, THAT LEAVES ONLY THE RULE OF FORCE IN THE WORLD. THE STAVKA [the high command of the Russian armed forces] MET IN MOSCOW ON GOOD FRIDAY AND IS READY. THE FOREIGN MINISTRY ANNOUNCED ON SUNDAY “THE GRAVEST CONSEQUENCES”.

THIS MEANS ONE AMERICAN SHOT AT A RUSSIAN SOLDIER, THEN WE ARE AT WAR. NOT INFOWAR, NOT CYBERWAR, NOT ECONOMIC WAR, NOT PROXY WAR. WORLD WAR.”