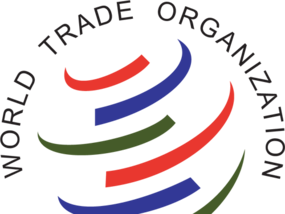 Russia has been trying to get into the WTO for a long time now. I have in the past said that Russia needs to tell the WTO to go fly a kite, because…

When the USA gets upset because they do not get all the cheap candy that belongs to them, they start throwing around accusations and filing complaints. In this case the USA and EU are crying together and calling foul on China.

China it seems wants to use her natural resources for China and not the EU and America. (China has a lot of nerve doing that, How could they dare!)

The USA and European Union (EU) have filed complaints with the World Trade Organization (WTO) that China is unfairly limiting its (candy) raw material exports.

The main complaint is according to the US and EU, is that China is giving its domestic industry access to cheap materials. “These actions are hurting American and EU steel, aluminum and chemical manufacturers, among other industries, that desperately need these material to make their products.” The complaint involves the export of bauxite, coke, fluorspar, magnesium, manganese, silicon metal, silicon carbide, yellow phosphorus and zinc. (Sounds like America needs to use her own resources instead of relying on everyone else. )

For an example: In 2008 China produced around 336 million tons of coke, a product used in making steel last year but only exported 12 million tons to the rest of the world. Restricting coke export and allowed Chinese steel manufacturers to use all the coke instead. China can produce a ton of steel for $268 less than American competitors. China used all their coke and more by the way. Steel production in China is up average of 15.6% a year in 2006, 2007 and 2008 and still climbing in 2009!

The complaint underscores Western biased attitudes toward China’s growing influence in world commodities trade. It is also very familiar to similar disputes between Japan and the United States in the 1980s as the Japanese economy was on the rise and America was having a hussy fit at that time also. You see if the US and EU will be given the go-ahead by the WTO they then can impose economic sanctions against China in retaliation.

In my mind, since 1995 when the WTO was founded, I said then, “the rich countries want to get richer and make the poor countries poorer and rich countries dislike poorer countries to advance in the scheme of things.” The benefits do not always outweigh the downfalls in this organization.

Russia keeps toying with the idea of joining the WTO and has several obstacles in her way. These obstacles are a godsend in disguise and Russia needs to run the other way. (Fast)

The bottom line is that if China can use her own natural resources for her benefit and advancement then she does not owe a anything to America or the EU. China has a billion people and can hardly substantiate themselves with that many people. The same with India, the amount of internal consumption of natural resources is phenomenal. They really can not afford to export any resources to anyone.

This is a very good example why Russia needs to stay away from the WTO and why China should pull out of the WTO… (But they won’t!)