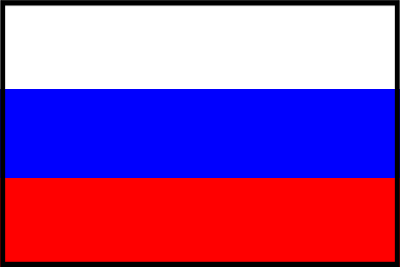 Is Russia and the USA the same?

Now before the world starts jumping up and down and saying that there is no way that they are the same!
Just read first:

I have done a lot of thinking about this. If you go back 50 years in America. You will find that the American Government then was not that much different than the Russian Government now. The Russian Government is in a growing stage now, that will take it through many trials and tribulations. The Russian Government is just like the American Government (a power struggle for the control of the country). The two governments are just at different growth stages. The American Government is a much more mature capitalist system. The Russian system is a fledgling capitalist system. I see total similarity between the Governments. They both control the elections, they control who is in office, they try to control the people, and they try to control the natural resources, plus the land that is connected. In America we have a saying “you can not sue the government” You can try but you will lose, If in America they want to widen a road and your house is in the way, they can just condemn it and take it from you. Government rules in America, The people do not rule, The same in Russia. Enough said about the governments, They are the same except for maturity differences. I say Russia needs to develop a better government than the USA, because Russia does not want to end up like America. (In debt, broke, power hungry, and could care less about the people who live their)

Now to the people who live their lives in these countries!
The people have very few differences. The only true differences are the cultural differences. I have lived both in Russia and the USA. The person that Americans would call The Middle Class, supports both counties. This person just wants peace, food, housing, time to vacation, be comfortable, and raise a family in a safe world. They do not want the government always changing faces. They do not want war, drugs, alcohol, and people interfering in their lives. They want to raise a family according to their society rules.

The people are no different in either country, This same extends to the rest of the world. I have friends the world over. They all confirm that people want peace not war!! Governments want war not peace!!

The day Governments really listen to their people will be a day to remember. The problem is that the man who runs for President of a country, is a man who wants to be King or Dictator. He wants to be the Boss. So he already has his mind made up, on how the country will be.

I do not want to run a country!! Do you?

The Russian and American people are the same in all the ways that count! (Love, loyalty, caring, needs, desires, wants and comforts)

Even the flags of Russia and USA are the same colors. Red, White and Blue!!

comments welcome and now you can jump up and down and yell about, Why we are not the same!!

I love these old articles. They show me either how stupid I was or how naive I am…