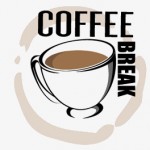 I have mentioned numerous times about how Putin has stayed back and allowed Medvedev to steer his own ship. Awhile back I had stated that Putin gave the equivalent  to Medvedev to go ahead and try to create a relationship with America. This was in my eyes a change of heart by Putin to allow Medvedev to try to do what he (Putin) saw as problematic…

According to Nikolai Zlobin, director of the Russia and Eurasia Project at the World Security Institute in Washington. “Putin never believed it would work, and now he has a convincing argument to say, ‘Look, they still don’t respect us.’ And of course it doesn’t help that Medvedev is personally offended by all of this. Hell, I would be offended too.”   Who is Nikolai Zlobin? Read Here >>>

But that all pro American stuff ended the other day when Medvedev announced out of the blue, “In the next 10 years, the following alternatives await us – either we reach agreement on missile defense and create a full joint co-operation mechanism, or, if we don’t go into a constructive agreement, a new phase of the arms race will begin. And we will have to make a decision on deploying new means of attack.”

Putin then swung into the picture a day later and said,

“I want you and all of the American people to know this…It’s not us who are moving our missiles forward towards your territory; it’s you who are planning to mount missiles on the vicinity of our borders.

“We’ve been told that you will proceed with these plans in order to secure you against, let’s say, the Iranian nuclear threat. But such a threat as of now does not exist.”

Putin then stressed that in the case a missile defense would be employed close to Russia’s borders, Russia would be forced to act.

“Now, if the anti-missile system is employed in the year 2015 near our borders, they will work against our nuclear potential, our nuclear arsenal. And certainly that worries us and we are obliged to take some actions in response.

“We are talking about actions in response,” Putin repeated, “not about taking the first initiative there.”

Putin has stepped back into the picture and looks to be helping guide the helm again. I am not sure how far he will go with this, but the gossip all over is that Putin has had enough of the games and has seen the folly in a relationship with America. Which he had doubts about in the first place…

I have no doubt that Putin and Medvedev have agreed on all this together and it will be interesting to see what develops from this point on.  It is always fun to watch how they tag team on things…

Now the press from the East to the West is having a heyday on trying to decide who is in charge and who will run for president next time. I could care less because they work together so well. The one thing I do know is that another potential president candidate has been brought into the picture and I do not hear anyone spouting about this. The new Moscow Mayor (Sergei Sobyanin) who is Putin’s right hand man (Putin’s former chief of staff) is being groomed for a future possible presidency. It has been stated several times by Medvedev and Putin that someone else could be in line for president and time will tell…