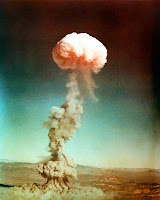 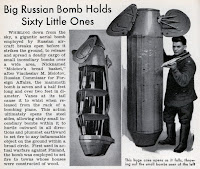 The picture is typical of pictures from my childhood, They were all meant to make us scared of Russia. Which Russia to America was the Soviet Union.

Once again I was drinking coffee. We have just come back from a trip from a small Russian village, The same that I have talked about in earlier articles. I was on my second cup and a thought came to me. Why did we fear the Soviet Union?

That is very sad to think that as an American, I was led to believe that only the Devil himself was more evil than the Soviet empire!!

I never believed it! I always doubted it. But my government said it was true. I had to believe, Right! No, I did not! Now I am sitting in Russia with the woman of my dreams and am very happy.

Now I look out the balcony window in Moscow, Very comfortable, and I try to write a blog about one of the most misunderstood countries that I know about.

I have talked with soviets, (most in Russia are from the soviet era). It was not that long ago that the collapse happened. This article is not political so I will not get into why it collapsed. I will just say that the people who live in Russia, Ukraine, and Moldova. (Where I have been personally) All are trying to survive. They simply want to be left alone and want to have a good life. They want the government to do its job and run the country, but not take too many rights away from people. They want to have food to eat and cars to drive. They want to have a roof over their heads and shoes on their feet. They want their kids to have an education and most of all they want Peace! Simply Peace and quiet. The people I have met are not evil or bad. They are humans. You know people that inhabit the earth and destroy much of what they come in contact with. Just like Americans, Humans!!

Funny thing, I see that Russians are just like Americans.

Maybe that is what scares people, how much alike we really are.