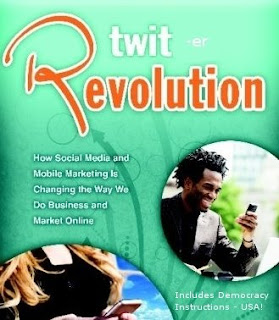 I was drinking my morning cup of coffee here in Moscow, Russia! The big stir on the airwaves is the riots in Moldova. The Western Press has so called them the “Twitter Revolution!”

As you know America does not export much in the way of material goods any more. The days are gone that TV’s and appliances are shipped out of America and sold all over the world. The companies that use to be American have moved over seas with the same name and make products in other countries. I call it “American Made in Taiwan.”

The one thing that America does make at home still is revolutions that they spread all over the world to disrupt governments that America does not agree with. I know about this stuff in life because at one time in my life, I helped to spread the word of democracy around the world!

Lets lay out what is happening in Moldova, courtesy of the good – ol – USA…

First lets look at a The Huffington Post article a reprint of NYT: The protests apparently started on Monday, when Natalia Morar, one of the leaders of ThinkMoldova, described the effort on her blog as “six people, 10 minutes for brainstorming and decision-making, several hours of disseminating information through networks, Facebook, blogs, SMSs and e-mails.”

The New York Times like the rest of the Western press is proud and triumphant over the slam against communism. (There is that evil word again.) They had a “Twitter Revolution!”

Moldova is one of the poorest countries in the world. I have traveled extensively in Moldova and have to say that having a phone to twitter with is not a big priority for the average Moldovian. My wife and I found the most wonderful people in the world but money is not something they have. Even in the Capital of Moldova. They do not even have water half the day much less fancy cell phones.

How does this “one of the worlds poorest” nations afford such luxuries as Twitter capable cell phones and the internet service that goes with it? (I am glad you asked!)

I came across these websites by a friend in the government. I was given a heads up about the possible riot situation over a week ago. I was told that travel to the Moldova area would not be advisable for the next year. If you remember Our last trip to Moldova we had very interesting time at the border and we had doubts then about easy passage.

Take a look at this website and notice the domain that it comes from and check out the bottom of the page. (Read this Website!) Now study the areas that I just told you about…

IATP provides local communities with free access to the Internet and to extensive training in all aspects of information technology. The centers in Moldova will concentrate on local governance and e-government initiatives and web sites for increased accountability and transparency. Target groups include local government officials, journalists, students, local NGO representatives, professors and health care providers, but all citizens of Moldova are welcome to IATP’s free services.

That is the same organization that is providing the web page, phones, internet service and money for the “Twitter Revolution!” Free to Moldovians, all Moldovians! My and your tax money supplies Moldovians with free internet service, computers, phones and many other wonderful political devices to disrupt a country with.

Now lets look at the main website out of Ukraine… (Read Here) This is a American sponsored by Millions and millions and millions of our tax dollars. The only reason for this organization is for promotion of Democracy “American Style!” It even says so and makes no qualms about it. The site reads from beginning to end as a USA Government sponsored propaganda machine that has unlimited funding:

Since 1992, the USAID Regional Mission to Ukraine, Moldova, and Belarus has worked with government, non-governmental organizations and civil society to further the processes of democratic development, economic growth and social sector reform in the region.

Do you realize that if all the money spent overseas for programs such as this, Stayed at home, that America would not be having financial problems right now. We are talking about billions and billions of dollars. It makes me mad!

Nothing changes it just gets worse… (I call it the “Twit revolution!“)